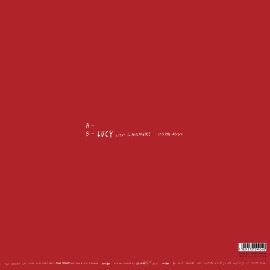 Dandelion Radio's Festive Fifty has again justified its existence. Dandelion, an online radio station moved by the spirit of John Peel, which is streaming the Festive Fifty all the way through January, inherited this venerable yearly poll from Radio One, which has been predictably careless with Peel's legacy (compare and contrast, say, one of Peel's final tracklistings with those of minor celebrity Colin Murray, who now occupies that slot, and weep). Thus the annual ritual - a highlight, surely, of any yuletide - of picking through, disagreeing with and being occasionally enthralled by half a hundred of the year's choicest musical offerings, could be fulfilled once more. I listened to it in one great five-hour glob on the afternoon of New Year's Day, giving grateful due thanks to an understanding partner, and felt somewhat guilty and slightly queasy afterwards, much as one might when one has consumed an enormous amount of tasty but nutritionally dubious food in one sitting, a feeling which obviously I got more than once over the holiday period.

As is customary with Festive Fifties, my own choices fared fairly badly, with only one of my three votes making it in there and not a lot on my shortlist surviving the cut either. There was a particularly pleasing sequence where The Fall and Von Sudenfed rubbed close shoulders, and overall there was little I could object to. I like Battles, although obviously consider it a travesty that The Teenagers, with whom I am obsessed, were overlooked. But as I said, it utterly justified its existence by banging me over the head with a tune I really ought to have known but which has somehow passed me by until this point.

Cards on table time here. I guess I was always destined to like this one, having been born, grown up and spent some twenty years of my life in the shadow of Pendle Hill, referenced heavily herein. Pendle is famous for witches, you see, and the subject matter of this extraordinary record is the many satanic connections of Lancashire. Plus I'm a lover of dub reggae and this is what you get here: a sprawling 14 minute slab of best heavy Northern dub, on which sits atop a sprite of the air, an unreliable narrator, misinformed by the mysterious Alan (or Allan?), who delivers in a spot on parody of a now slightly antiquated East Lancashire accent - not a full definite article to be heard - a bizarre, twisting monologue. This touches with varying accuracy on, amongst other things, from memory and doubtless missing lots, Satan, the aforementioned Pendle witches, the A666 road, the colour red, cotton weaving, (dark satanic) mills, Marx and Engels, climate change, the slave trade, immigration from South Asia, the BNP, Mick Hucknall, dub reggae, Radio Lancashire's legendary On The Wire programme (one of the finest of all things about the County Palatine, and for which this apparently was first made, and thanks to which I've just discovered you can now listen to the show via the web, which I hadn't realised before), rival Red Rose Radio, Liverpool band The Beatles and of course Mark E Smith and The Fall.

You see, it all joins up. The title winks of course to The Fall's now 20 year-old b-side minor classic, Lucifer Over Lancashire. Don't underestimate the importance of Lancastrian folklore in the brew that makes up the greatest group of all time. See particularly 1979's sinister Dragnet. Bear in mind always that The Fall is a north Manchester (Lancashire) child rather than south Manchester (Cheshire). The difference is vital. Recall also The Fall's early 1990s invention of a unique hybrid of northern and reggae with their magnificent kitchen cover version of Lee Perry's Kimble and cut-and-shunt job of two tunes to make Why Are People Grudgeful? It's all about making connections. And all the connections are in this record.

I'm always thrilled, but at the same time embarrassed, when something I've missed resurfaces, but that's the joy of music and that's what keeps me listening. If I'd heard this before, I'd have voted for it too. Apparently it first came to light last May, which was a busy time, so there are my excuses made. Although, I recall this fellow (and a quick bit of googling confirms), then Rooney only, doing moody, spoken word and music pieces played much by Peel in the late 1990s. It's all joining up again. One about touts in the Barrowland, wasn't there? I could dig out the tapes if I get a spare day. And one turned up again on a Sonic Arts Network CD 'curated' by comedian and Fall fan Stewart Lee last year. I love connections.

Anyway, the shiny red 12" of this has now been ordered, and in the meantime I have the thing downloaded from that last link to listen to (in unwieldy 'ogg' format, whatever that may be, which eventually I turned into something I could hear... best have a twelve-year-old to hand to decode this). The MP3 player is currently being used for little else. This is a top three choice, in any year.
Posted by Jonathan Lovett at 1:45 pm

Just found this for £1 in Manchester.A jaw-dropping 14 minutes.One of the best things I've heard in years